How on earth do handheld metal detectors detect metal objects? You'll understand after reading it.

How on earth do handheld metal detectors detect metal objects? You'll understand after reading it.

With the advancement of science and technology, metal detectors have been upgraded from electron tubes, transistors and even integrated circuits, and their applications have been expanded to almost all fields, which play an important role in industrial production and personal safety. There are two types of metal detectors:
(1) Installed on the automatic conveyor belt of the factory production line to detect the metal mixed in the raw material. This type is called "industrial metal detector";
(2) It is installed in airports, stations, banks, jewelry stores, and jewelry manufacturing factories, etc., and passing personnel needs to be tested to ensure that valuables are not lost and dangerous contrabands are eliminated.
This type is called "safety metal detector". So far, the basic principle of metal detection technology is still the principle of electromagnetic induction. Thanks to the electromagnetic induction phenomenon discovered by Faraday in 1831. The handheld metal detector was invented at the historic moment. Nowadays, hand-held metal detectors are composed of high-frequency oscillators, oscillation detectors, audio oscillators and power amplifiers.

So what is its detection principle? By adjusting the gain potentiometer of the high-frequency oscillator, the oscillator is just in the critical oscillation state, that is to say, the oscillator is just started to oscillate. When the detector is close to a metal object, due to electromagnetic induction, an eddy current will be generated in the metal conductor, which will increase the energy loss in the oscillating circuit, weaken the positive feedback, and weaken the oscillation of the oscillator in the critical state, or even fail to maintain the oscillation. The vibration is stopped with the minimum energy required. The detected change is converted into a sound signal, and according to whether there is a sound, it can be determined whether there is a metal object under the detection coil. If a certain part is detected during the personal inspection, the metal detector alarms to indicate that there is a metal object. 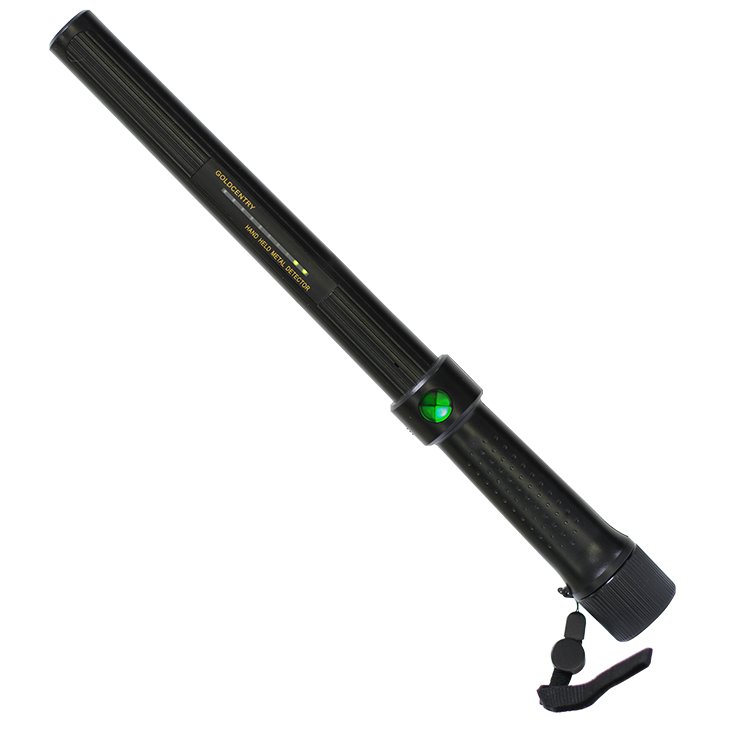 Now that we know the basic principle and structure, how accurate is it working? The magnetic field is invisible and cannot be grasped. It will also be affected by other factors. Handheld metal detectors are particularly suitable for finding hidden metal objects. But generally speaking, the hidden depth of metal objects needs to be within 30cm before the metal detector can find them. Most detectors have a normal maximum detection depth, which is about 20 to 30 cm. The shallower the target is hidden, the greater the intensity of the magnetic field collected by the receiving coil and the greater the current generated. The deeper the target is hidden, the weaker the magnetic field. If it exceeds a certain depth, the target's magnetic field strength is too weak to be detected. The accurate value of the detection depth is affected by the following factors

The type of metal detector detection technology is the main factor that affects the detection capability. In addition, there will be differences between detectors using the same technology, and their additional functions will also be different. For example, some low-frequency detectors use a higher frequency than other detectors, and the coil size of different detectors will vary. In addition, different manufacturers and different models of products of the same manufacturer use different sensing technologies and amplification technologies.
Metals with different target metal types have different abilities to generate magnetic fields. Metals that can generate a stronger magnetic field are easier to detect. For example, iron can generate a strong magnetic field and is easy to detect, while aluminum is not easy to detect.
The size of the target object affects the size of the magnetic flux, thereby affecting the intensity of induction. The larger the target, the greater the intensity of the induced current, and the easier it is to detect.
Target components Some substances are natural conductors and may seriously interfere with metal detectors.
The sideband effect of the target If certain types of metal targets are hidden for a long time, this will actually enhance the conductivity of adjacent materials.

There are many types of large and small metal detectors on the market. Understanding the working principle and working ability of hand-held metal detectors can effectively help us use them.