Can we start thermal imaging temperature camera after finishing the above two steps? The process described above is just the ideal situation.

In addition to the target radiation, the radiation induced by the detector also has a part of the barrel radiation, which also affects the response of the detector.

In addition to these factors, combined with the atmospheric transmission problem mentioned in our previous article, the distance of the object will also affect the accuracy of temperature camera, and distance compensation can be considered in practical applications.

There are errors in every link of the whole process, and the accumulation of errors makes temperature camera difficult. Therefore, the nominal error range in the general human temperature camera industry is ±0.5°C (how much moisture is here, I don’t know, I actually think It's still hard to think). Ideally, if the use environment and the calibration environment are exactly the same, the temperature camera can still be done very accurately.

Can the actual use environment be turned into a calibration environment? Some manufacturers have taken the more extreme path and put the black body directly in the application scene for calibration.

The characterization of the detector is relatively easy. For example, the mapping curve of the detector response and temperature is difficult to quantify. The black body in the scene directly solves the quantitative problem. In this case, the error can generally be ±0.3°C. However, this method also brings more problems, such as inconvenient installation, sharp increase in cost, and limited application environment.

If temperature camera is a difficult problem, adding boldface is a problem-solving method, but I don't like this method of problem-solving too much, it is too simple and rude, and lacks a bit of elegance.

In addition to the above two traditional methods, the so-called "AI temperature camera" has also emerged in the market recently. Because the public's perception of AI is still biased, it seems that bringing AI things is unfathomable. But we believe that the clearer the public's understanding of AI, the more conducive to the healthy development of the industry's ecology, so today we will also talk about AI temperature camera.

To keep it simple, use one sentence to make it clear that AI temperature camera: treat people as black bodies.

The emissivity of the human skin is determined, and the average temperature of the population tends to be stable. It is too suitable for blackbody!!! The selection of the temperature area is done on the algorithm, and the online calibration strategy is determined. The actual effect will not be too bad.

That's all about AI temperature camera, isn't it simple?

Accurate temperature camera is difficult. The standard for fever is generally set at 37.3 degrees Celsius. Even if a black body is added to the environment, there will be a large number of false positives and under-reports within the error level.

Thermal imaging is used for temperature camera. It is difficult to accurately quantify (±0.1°C accuracy), but it is easy to qualitatively (judge who has the highest temperature in the crowd).

Dear customers and friends, forehead temperature itself will also be affected by many factors. Infrared temperature camera is good for preliminary temperature screening, and it must not be completely relied on. 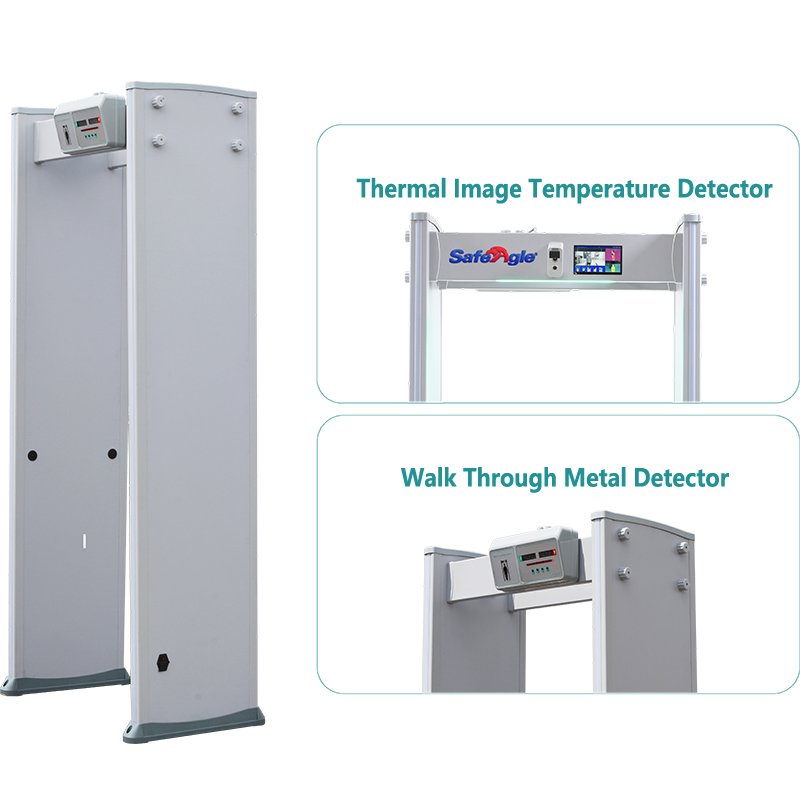