Colorado State University released a cool research result last year: They invented a plant that changes color when exposed to trace amounts of TNT in the air.

According to reports, the plant will expel chlorophyll from its leaves after detecting explosives, turning white. What excites the researchers is that when used to detect TNT (the most commonly used explosive), the lowest concentration they can detect is much lower than that of EOD dogs. However, at this stage, the shortcomings of plant detection are obvious: the reaction time is slow-the current reaction time of plants is about a few hours, which is far from the actual demand for detecting explosives, which is racing against time; the changes are too subtle-plants change from green to green. White, the difference between the two may be very small, and it is easily interfered by other factors. Researchers believe that to overcome the above two technical problems, it will take 3 years at the shortest and 5 to 7 years at the longest.

Animals are more effective than technology?

When it comes to animal mine detection, the most familiar hero is the dog. Dogs are also the animals that appear the most in mine detection and anti-terrorism operations. The olfactory ability of a dog's snout is 23 times that of a human nose. Compared with electronic aids, dogs are faster and safer in finding explosives. A well-trained dog can search an area of ​​9,000 square meters every day and can find anti-tank mines buried 1 meter deep.

Rats can detect a hundred times faster than humans

Compared with dogs, mice are not a favorite animal of humans, but they may have more advantages in detecting explosives than dogs: their sense of smell is 8 times that of dogs; they are light and will not detonate during work. Mines or explosives that trigger the fuze; they rarely get sick, are not as easily distracted at work as dogs, and are not as dependent on trainers as dogs. 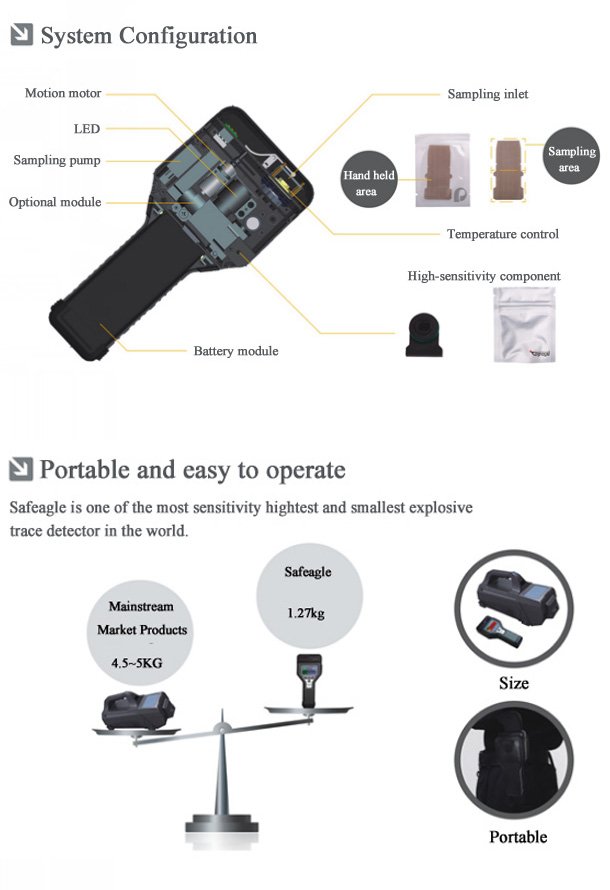 In recent years, there have been countless panic incidents caused by terrorists using explosives. Especially in crowded public places, the accident damage caused by accidents is immeasurable. Therefore, security inspection and EOD are particularly important, and explosives detectors are An instrument that can smell the trace vapors emitted by explosives is mainly used to detect bombs and other weapons, because when terrorists come into contact with other substances, such as boxes, packages or clothes, the particles contaminate the surface of these substances through fingerprints. At room temperature, these tiny particles will naturally volatilize vapor. The inspectors use sampling tools to collect these tiny particles or vapors on the surface of these substances, and use trace explosive detectors for analysis. Due to the extremely high sensitivity of the detectors, as long as there are Any clues can be found and the alarm can be stopped in time. Explosives detectors are also mainly used in the postal system for non-opening inspection of mail, airport and customs non-contact inspections of passengers to check baggage non-opening inspections, and public security and military inspections of residences, vehicles, roads and public places. Check etc. It uses the principle that all solids release trace amounts of steam into the air. It has high detection capability for simple explosives without metal and explosives disguised as general objects, with a very low false alarm rate, and its sensitivity far exceeds Sniffing dog is a professional simple detection device designed for law enforcement agencies, military, government, border control, forensics experts, commercial and personal security agencies.